What will happen if Buhari rejects Onnoghen’s resignation 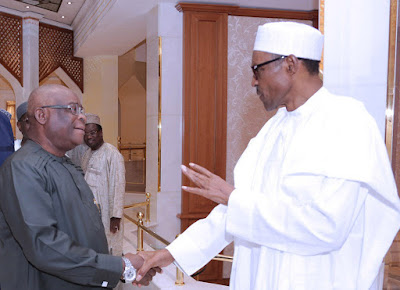 Speaking on the development, Clarke on Channels Tv on Sunday blamed Onnoghen for his present predicament, adding that a petition by the EFCC should have warranted Onnoghen’s resignation since February.

He further noted that President Muhammadu Buhari’s Government should be given credit for taking the head of the judiciary to a tribunal but warned that a rejection of Onnoghen’s resignation will ‘c
reate heat wave in Nigeria politics’.

Clarke said, “The government has knowledge of many things which you and I don’t have, so if the government decided to go and take the head of the judiciary to a tribunal, give them credit that they know what they were doing.

“What has created the situation that he (the CJN) has found himself today is the petition written by EFCC. That petition, he had a copy of it in February

“As at February, the CJN was aware of those charges labelled against him, at that stage when he got the EFCC’s petition, he should have resigned.

“The politicizing of the situation stopped Onnoghen from doing the needful at the time.

“Let me be honest with you, we should not allow the politics or the political climate to be overheated. I will advise Buhari as President of Nigeria to accept the resignation because if he does not do so, he is creating another heatwave in the politics of the country.”