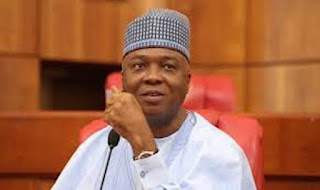 The President of the Senate, Bukola Saraki, has said that the Economic and Financial  Crimes  Commission has no substantive chairman because the presidency refused to replace Mr. Ibrahim Magu, when his nomination was rejected by the Senate.

Saraki stated this at the ongoing orientation programme organised by the National Assembly management for newly elected federal lawmakers.

He said the presidency ought to have followed the standard global practice of either presenting another nominee or employ the political solution of lobbying the leadership of the Senate.

Saraki told the lawmakers-elect that the Senate has the right to either confirm or reject presidential nominees in the interest of the nation.

The Senate rejected Magu on the three occasions that the president presented his nomination, citing an unfavourable memo against him by the Department of State Services.