VIDEO: Despite my African Union passport, I still need a visa to enter Angola -Dangote 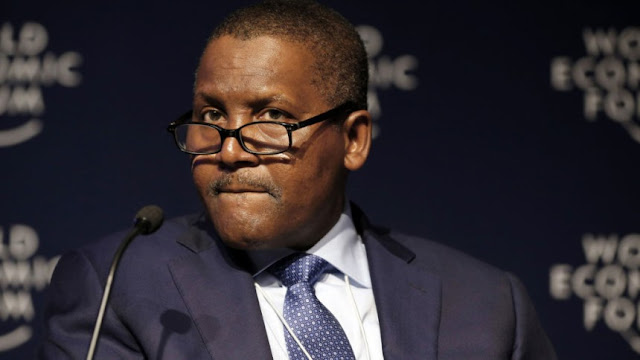 Aliko Dangote, president of the Dangote Group, says he, and a few other people, have got the African Union passport, but he still was asked to get a visa before he could enter Angola.

The African Union passport is supposed to be the unifying passport aimed at solving Africa’s cross-border issues on the continent.

The passport is a common document that is set to replace existing nationally-issued African Union member state passports and exempt bearers from having to obtain any visas for all 55 states in Africa.

But despite the existence of this passport, some countries in Africa still insist on visas on the AU passport — defeating the entire purpose of the travel document.

Aliko Dangote, Africa’s richest man, was on the receiving end of the passport’s failure, as he was asked to get a passport to enter Angola, even when he was invited by the country’s president.

Sharing his experience with British-Sudanese billionaire, Mo Ibrahim, at the governance weekend in Abidjan, Dangote said he still has to carry six, seven passports.

“They have done this African Union passport; I carry six to seven passports because of visas. Even though I am an investor, I need visas in almost 38 countries,” Dangote said.

“Now they have issued us the African Union passport, a few of us. I didn’t pay for it. I’ve got one, and let me tell you this, [with] the one that I have, I went to South Africa quite Ok.

“But [with] this same African Union passport, I was invited by the president of Angola to come and see him, and I had to go — normally, I don’t travel much during fasting period, but I went.

“[But] I had to apply for visa, and intentionally, when I applied for the visa, I also applied on the African Union passport and I gave them that too to stamp on it.”


Paul Kagame of Rwanda, as AU President, was the first to travel on the continental passport. He travelled to Chad without a visa.


DANGOTE: NIGERIA WILL SIGN CFTA TOMORROW IF…
Dangote asked the African Union to fix the hanging issues around the passport and regional trade before the continent moves to the continental free trade agreement.

He said one of its factories in the southwest is only 28 kilometers away from Benin Republic, but the west African country does not allow Dangote import cement into the country.

The Africa Continental Free Trade Agreement (AfCFTA) during the course of the week, got enough signatures for its enforcement — without Nigeria’s signature.