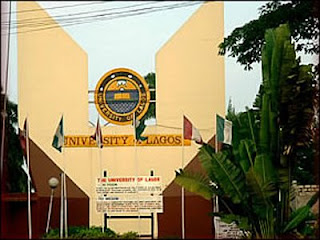 Two University of Lagos students, who allegedly attempted to rape their course mate, on Thursday appeared before a Yaba Chief Magistrates’ Court in Lagos on a five-count charge.

Police Sgt. Modupe Olaluwoye, prosecuting the case, told the court that the undergraduates invited the course mate, who was a makeup artiste, to a hotel room and attempted to rape her.

Olaluwoye said that the defendants committed the offences at 4.40p.m. on April 1 at Peace Land Hotel, Folagoro, Lagos State.

“My lord, they strangled her because she was calling for help. It was a hotel staff, Mr Ohaeri Godlove, who heard her screaming and called the hotel security.

“Okpanlanedu claimed to be army personnel, and threatened to stab her with a knife he was holding if she would not co-operate with them. “The knife was recovered from the crime scene, and we intend to tender it in evidence,” she said.

It was gathered that attempted rape attracts 14 years’ imprisonment while impersonation is punishable with three years’ jail term.

The defendants, however, pleaded not guilty to the charges and were granted bail by Chief Magistrate Peter Ojo in the sum of N200,000 with two sureties each in like sum.

Ojo directed that the sureties must be gainfully employed and possess evidence of three years’ tax payment to the Lagos State Government. The case was adjourned until June 26 for mention.