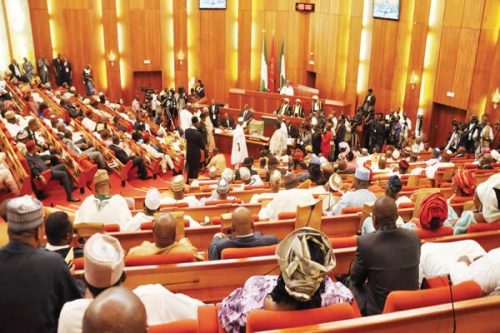 The senate appropriations committee failed to lay the 2019 budget on Thursday despite the deadline set by Senate President Bukola Saraki.

Saraki had given the target after which he announced that that the budget would be passed on April 16.

The presentation of the report was not listed on the order paper on Thursday and no explanation was given.


On Tuesday, Sunday Ogbuoji, vice-chairman of appropriations committee, lamented that only 24 committees had submitted their reports to his committee.

“We are still having some challenges with the sub-committees on appropriations because out of the 61 committees that we have, only about 24 committees have submitted their reports and we are unable to go ahead and write the appropriation report unless we get further directive from here,” Ogbuoji had said.

With the current development, it’s not certain that the senate will meet the April 16 deadline for passing the budget.