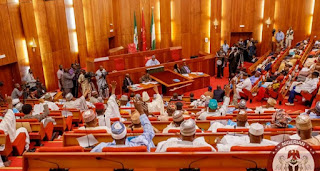 The House of Representatives’ Committee on Urban Development and Regional Planning on Thursday condemned the untidiness and errors in the 2019 budget proposal presented by the Urban and Regional Development Department of the Federal Ministry of Power, Works and Housing.

Due to the similarities between the items in the 2018 and 2019 budgets of the department, they described it as ‘copy and paste.’

The Minister of State for Power, Works and Housing, Mr Mustapha Shehuri had led senior officials in the Housing section of the ministry before the committee to assess the budgetary performance of the ministry in 2018 and defend the proposal for 2019.

Members of the committee, while considering the 2019 proposal, picked holes in the items and estimates, observing that some projects listed in 2018 were the same with those listed in 2018 but with different costs.

The lawmakers criticised the officials for not being thorough with their presentation.

A member of the committee, Mr Fijabi Akinlade, particularly said, “I think this your 2019 and 2018 budgets if you want to check them properly, is ‘cut and paste.’ What you have just done actually is to change the figures.

Akinlade asked if the committee could go ahead with the session with the irregularities discovered. He also said certain projects were repeated in some states, calling for a spread to other states.

“If you go through all the items from 1 to 34, it seems that Urban and Regional Development Department is for some particular states in the country, namely Abuja, Ondo, Kogi, and Kwara. I will suggest that they have to go and re-work (it) to capture the entire 36 states of the Federation and FCT in the project proposal.”

After the lawmakers debated whether to adjourn the session till another date or suspend it for some time pending when the officials would correct the errors, they resolved to go behind closed doors to jointly rework the proposal.

Earlier, several members decried that the department failed to provide details on the expenditures made in 2018, especially relating to foreign trips.

Responding, the Permanent Secretary, Federal Ministry Power Works and Housing, Mr Muhammed Bukar, stated that the details demanded by the lawmakers could be provided but were not readily available at the venue.

“On Personnel, we have all the details,” he said.

The junior minister also said the Personnel Cost of the ministry, inclusive of the department’s, was being implemented through the Integrated Payroll and Personnel Information System Programme under the Accountant-General of the Federation.

Shehuri said, “On the 2018 budget performance, the Urban and Regional Development Department received the sum of N373,431,919.01 which represents 30.37 per cent of the appropriated amount in the 2018 Appropriation Act. The amount released was utilised to pay for outstanding certificates owed contractors for various projects executed under Urban Renewal and Slum Upgrading Programme, the commemoration of the World Habitat/Cities Days, and preparation and conduct of study for sustainable development of the urban centres.”