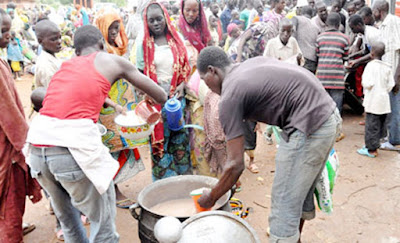 The Plateau State Government has denied the allegation that it diverted N20bn meant for the Internally Displaced Persons in the state.

The Commissioner for Budget and Economic Planning, Mr. Sylvester Wallangko, who stated this during the 2019 budget breakdown at the ministry’s conference hall in Jos, explained that it would be callous to divert any money meant for IDPs.

Wallangko also stressed that the state ran a responsible and accountable government.

He said, “The opposition is not correct. If something like that happened, we would declare it. N20bn is a huge sum of money that could not be paid secretly. So, the allegation is baseless. If N20bn comes in, it will be made public. Those who are making the allegation should think twice,” he warned.

According to the News Agency of Nigeria, the commissioner stated that the ‘Budget of Rescue and Infrastructural Growth’ had a size of N153.5bn, pointing out that N68bn (44.33 per cent) was for capital projects, while N85.4bn (55.37 per cent) was set aside for recurrent expenditure.

Meanwhile, the United Nations Humanitarian Coordinator in Nigeria, Mr. Edward Kallon, has demanded humanitarian aid and protection for 10,000 residents in Borno State who relocated to Maiduguri, the state capital.

The residents were on Monday relocated from Jakana, Mainok and Auno communities to the Bakassi IDPs camp to give way for military operations in the Maiduguri-Damaturu axis.

All the communities are located along the 132-kilometre Maiduguri-Damaturu road.

However, Kallon said, “The military ordered the immediate departure of and forced relocation of 10,000 civilians in the middle of the night, without prior warning.”