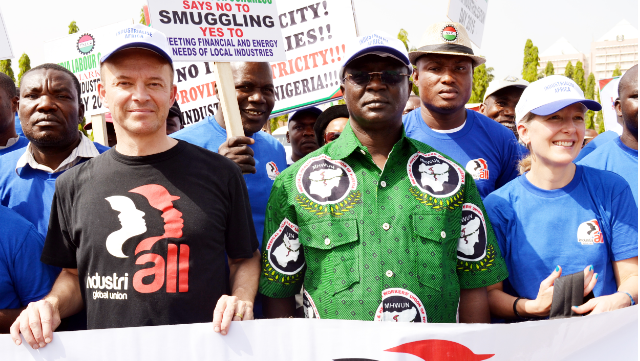 The leadership of the Nigeria Labour Congress (NLC) has expressed worry over the delay by President Muhammadu Buhari to assent to the new minimum wage bill.
The bill, which seeks the payment of N30,000 as minimum wage to civil servants, was passed by the National Assembly and is awaiting the assent of the President.

In a new interview Peter Ozo-Eson, the NLC General Secretary, said the President has held onto the bill for too long.
He said Nigerian workers are eagerly anticipating the approval of the bill by the President, as it will improve the standard of living in the country.

Ozo-Eson, however, told the President to sign the bill before the celebration of the 2019 May Day, an annual day to celebrate workers in Nigeria.

He said: “We thought that this was something President would assent to very quickly, because as we had earlier indicated, we would want this implementation to be before May.

Our position is to call on Mr. President to, without further delay, assent to the New National Minimum Wage Bill, so that workers can start to enjoy the new minimum wage implementation before May Day.”