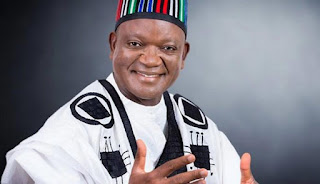 Mr Emmanuel Jime, the defeated Benue Governorship candidate of the All Progressives Congress (APC) and the APC in the state have filed a joint petition challenging the victory of Gov Samuel Ortom at the general elections held between February and March in the state.

It was gathered that the governorship polls in the state were declared inconclusive by the Independent National Electoral Commission (INEC) and reconducted in March where Ortom was declared winner.

The petition was filed on Friday at about 10:15pm by Mr Sunday Ameh, (SAN).

Ameh told reporters that the petitioners (Jime and APC) were challenging the return of Gov Ortom by the Independent National Electoral Commission (INEC).

The petitioners other grounds were; that Gov Ortom was not duly elected by majority of lawful votes and that his election was invalid by reason of non- compliance with the provisions of the Electoral Act 2010 as amended.

The petitioners alternative reliefs were that; the elections be nullified for substantial non- compliance with the electoral act across the polling units where electoral infringements took place.

They are further asking the court to order fresh elections if the results of the affected polling units identified in the petition affect the entire result.

Also speaking to newsmen at the tribunal, Dr Sam Ode, APC deputy governorship candidate said they had raised genuine issues that would give them justice at the end of the day.

Ode further said that they did not have any personal issues against Gov Ortom and commended the Benue people for their peaceful conduct during the polls.

“We are acting within the law and until the declaration of Ortom is upturned, we will cooperate with him and Benue citizens, what we need in Benue is development, peace and the welfare of our citizens is paramount.

“So we don’t have anything personal against Ortom, the issues we have are purely political and purely issues that border on the welfare and future of Benue people. We are all partners in progress”.