I can be president of this country -Babachir Lawal 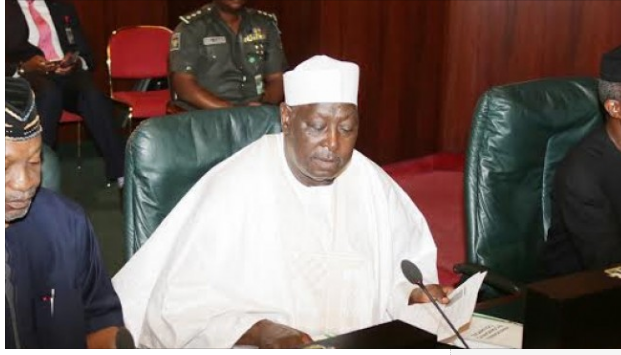 Babachir Lawal, a former secretary to the government of the federation (SGF), says he is qualified to lead Nigeria.

In an interview with The Sun, Lawal said the constitution did not limit the presidency to any part of the country.

He was speaking on the issue of zoning the 2023 presidency outside the north.

“Every part of Nigeria can produce a president, a competent one,” he said.

“Hey myself, my friend, I can be president of this country. I consider myself quite competent to do so from a small tribe of 300,000 people. There are so many such tribes that can produce good, competent leaders all over Nigeria.

“Even if it is in the north, if we say the north-west has produced a presidential candidate, the south-west had produced one, I don’t see why the north-central can- not produce or the north-east cannot produce just as south-south, south-east, south-west and even north-west can still produce. The constitution doesn’t say it is prohibited. And as I said, I believe every zone, every state, has capable people that can run this country effectively.”

Lawal said the idea of deputies succeeding their principals is neither in the constitution of Nigeria nor that of the ruling All Progressives Congress (APC).

Also touching on the outcome of the governorship election in his state of Adamawa, Lawal blamed APC’s loss on Jibrilla Bindow , governor of the state.

He accused the governor of hijacking the party structure.

“Part of what led to this outcome was a historical position that the government of Bindow had on several occasions publicly declared that their government was a government of Atiku,” he said.

“It is on record that in so many fora, his supporters, his henchmen had said it in his presence and he didn’t take any step to deny it. I remember at one of their road launching somewhere in Adamawa State, the then-led Chief of Staff, made a long speech in which he insisted that Adamawa State Government was for Atiku. Now, we did also point out the fact that the governor himself had claimed that it was Atiku’s money that facilitated his victory at the polls.

“He had said that on several occasions. We have also had cause to protest that in Bindow’s government, there were about seven serving com- missioners who were very close to Atiku, including his own daughter. Without regard to their merit as qualified indigenes, but I mean, their political inclinations in normal politics will disqualify them from participating in an APC government. But the governor didn’t think so.”

Lawal was sacked as SGF in October 2017, after he was indicted in the over N544m grass-cutting scandal.