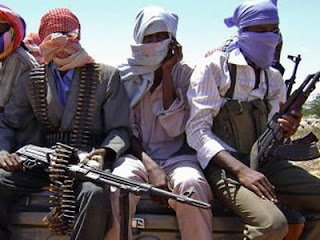 Gunmen, suspected to be cultists, again struck in three communities of Rivers State on Monday and reportedly killed 12 persons.

It was gathered that eight persons had reportedly lost their lives on Sunday when suspected cult members invaded the Mgbuodohia community, Rumuolumeni in the Obio/Akpor Local Government Area of the state.

There were two versions of the attack on the Kaani Babbe community as a witness pointed out that it was not a cult clash, while another source insisted that cult members invaded the area.

Foundation Onuekwa, Bright Oteh and  Junior Kayi were said to be among the five victims of the latest cult attack in Emohua.

It was learnt that three persons, who were hit by stray bullets, were rushed to a nearby hospital.

Trouble began when members of a rival group were attacked on their way to a funeral in what appeared to be a reprisal.

But the state Police Public Relations Officer, Nnamdi Omoni, insisted that there was no cult clash in the Rumuohia and Rumuche communities, adding that when a team of policemen was sent to the areas, it was discovered that both communities were peaceful.

“In Rumuohia and Rumuche, the Divisional Police Officer in charge of Emohua said no such thing happened. Some policemen were sent there and it was discovered that the two communities were very calm,” Omoni stressed.

Speaking on the incident, the National Leader of the Ogoni Peoples Conscience, Gani Topba, told Punch that the gunmen attacked residents, who were sleeping in their houses, around 5am on Monday.

Topba urged government at all levels to take the issue of security seriously, adding that those murdered were not members of any cult, but law-abiding citizens.

He said, “The level of killings in Ogoni has been very high and what happened on Monday was not new. The people were sleeping in their homes when the gunmen invaded the area and killed them.

Omoni confirmed the killings in Khana, but expressed dissatisfaction that communities in the area were not willing to give out information.

The PPRO stated that those responsible for the deadly attacks were living in the affected communities, adding that residents deliberately refused to volunteer information that could lead to the arrest of the culprits.

Omoni stated, “The DPO in charge of the affected area in Khana said that it was a cult-related incident. The families of the deceased went away with their corpses without allowing the police to catch a glimpse of the bodies for investigation purposes.

“The communities are not willing to give information and that is our challenge. The boys, who perpetrated this act, live in the communities; the people know them. They (communities) should give us information so that we can fight these common enemies.”