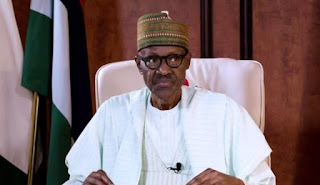 President Muhammadu Buhari has expressed profound grief at the passing away of the Galadiman Katsina and former President of the Court of Appeal, Justice Mamman Nasir.


In a tribute personally signed by him on Sunday in Abuja, President Buhari said: “I received the news of the passing away of Justice Mamman Nasir with profound grief.


“I knew he was in poor health and had in fact been taken to Federal Medical Centre, Katsina, but the news came nonetheless as a great shock.


“Justice Mamman Nasir was, for most of his adult life, a public servant of outstanding talent.


“He was a household name having been appointed a Regional Minister by the Sardauna in his twenties and distinguished himself through hard work and innate intelligence.”


The President also praised his outstanding role in the evolution of the country, his contributions to the judiciary as well as his impact on his immediate community.


He said: “During the long period of military rule, he was in the main part of the Federal Judiciary culminating in his being appointed President of the Court of Appeal from which post he retired voluntarily and honourably in 1992.

“Several public service duties were thrust on him notably the Constitutional Review Commission which he led alongside Justice Karibi Whyte.

“Their handiwork is the country’s present Constitution.


“The late Galadima was one of the most astute public figures.

“He was ever ready to attend to any conciliatory assignments and had innumerable solutions to knotty problems.


“He seldom lost his temper and always looked at the positive side of things.


“I had the privilege and honour to work alongside him in running Gidauniyar Jihar Katsina, which due in part to his energetic contributions set the standard for state-sponsored self-help NGOs.


“On my departure, he took over and ran it successfully until his death.”


The President’s Senior Special Assistant on Media and Publicity, Malam Garba Shehu, in a statement in Abuja, also quoted the President as saying that ”Nigeria has lost a real son and an exceptional public servant.”


Buhari then prayed for the repose of his soul.