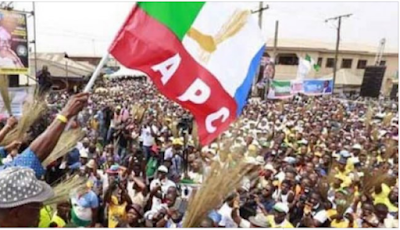 The All Progressives Congress, APC, in Ondo State has urged the Independent National Electoral Commission, INEC, to de-register political parties that failed to make impact at the just-concluded general elections.

The party made the call through Steve Otaloro, its Director of Media and Publicity.

He disclosed this in an interview with the News Agency of Nigeria (NAN) on Friday in Akure.

He said the inclusion of many parties on the ballot paper had huge financial implication on the nation’s economy.


“A lot of political parties should be de-listed completely.

“Probably, there should be criteria for this because it is not just a huge financial burden on INEC but a serious burden on the nation,” he said.

He added that allowing large number of the political parties in the country is a hindrance to democratic process.

According to him, the number does not allow illiterate Nigerians to quickly understand ballot papers on election days, hence the resultant high number of voided votes.

“The voting pattern on ballot paper is so clustered that even the educated people will find it difficult to some extent to understand, let alone the illiterates.

“I think INEC, which has constitutional role to set the rules, should do away with political parties that cannot win at least one state House of Assembly seat in the election,” he said.

Asked if the proposal should be tabled before National Assembly for consideration, Otaloro explained that lawmakers might not approve it because they are part of the problem.

“This should not be subjected to consideration and approval of the National Assembly because politicians find refuge in these smaller parties when they lose primaries in major parties.