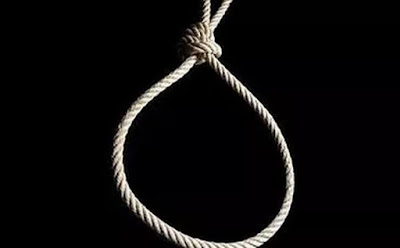 Saudi Arabia is defending its legal system following the controversy that trailed the killing of a Nigerian woman, Kudirat Adeshola Afolabi, for drug trafficking.

No fewer than 23 Nigerians are on the death row in the kingdom.

The Ambassador of the Kingdom of Saudi Arabia, Amb. Adnan Mahmod Bostaji, yesterday said sentences are only carried out after the evidence has been established.

He described the legal system as transparent, adding that it works on fairness and justice.

Bostaji pleaded with the authorities at all Nigerian airports to implement procedures that will prevent drug smuggling.

A reliable source sighted a document listing 23 more Nigerians on the death row in Saudi Arabia.

In an interview with newsmen, Amb. Bostaji said: “The legal system in the Kingdom of Saudi Arabia is transparent and only works on fairness and justice.

“Death sentences are only carried out after all evidence has been established, and this is exactly what was done in the case of the recently executed Nigerian woman.

“ In fact, in her recent statement, the Senior Special Assistant to the President on Foreign Affairs and the Diaspora, Mrs. Abike Dabiri-Arewa, condemned what the woman had done.

“I hope the media and social networking channels will restrain themselves from hasty judgments and comments. I believe that we all have interest in doing justice.

“I also want them to note that there is continous coordination, as well as cooperation, between the officials and the embassies of both countries.

“The two countries have had robust years of bilateral relationship, including cooperation on various international matters of mutual interest.”

According to Bostaji, about 1.5 million Nigerians are living in the Kingdom of Saudi Arabia without molestation.

He said: “I would like to also state that there are good Nigerian citizens living in the Kingdom and they are very active within the Saudi society. Saudi Arabia has nothing against Nigerians.

“As at today, we have over 1.5 m Nigerians in Saudi Arabia in virtually all sectors of our economy.

“These 1.5 million Nigerians are legitimately engaged in various services and they are not being molested. You should not use the misconduct of a few Nigerians to assume that all is not well between the Kingdom of Saudi Arabia and Nigeria.

“I would also urge the authorities at all Nigerian airports to take measures and implement procedures that would guarantee the prevention of drug smuggling.”

No fewer than 23 Nigerians are on the death row in Saudi Arabia, their fate hanging in the balance.

According to the document, the Nigerians were found guilty of allegedly contravening the “Narcotic and Psychotropic Substances Control Law, issued under Royal Decree No. M/39 dated 8/7/1428AH and is punishable with death penalty.