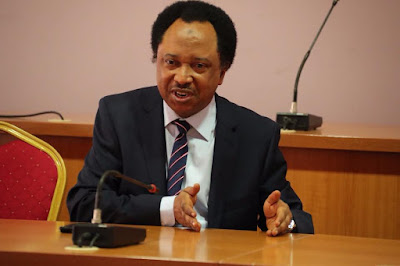 The Senator representing Kaduna Central in the National Assembly, Senator Shehu Sani, has described the 2019 general elections as the worst in the history of Nigeria.

He explained that the recent general elections in the country were characterized with irregularities.

Senator Shehu Sani, a human right activist, who lost his bid to return back to the Red Chamber to Uba Sani of the All Progressives Congress, has challenged the results of the elections in the Elections Petition Tribunal.

According to him, though there was no perfection in the conduct of elections anywhere in the world, “But no sensible person will say the 2019 elections is credible or above the standard of the 2019 elections which gave President Buhari his victory.”

Appraising the outcome of this year’s polls, Sani said, “We have seen the effort invested by former President Goodluck Jonathan before the 2015 general elections, and also we have seen the systematic subversion of elections matters under this government, since the beginning of this recent elections, there have been a lot of infractions and distortion.

“Some have been with us for very long time. The 2019 general elections was characterised by armed thuggery, massive abuse and misused of security personnel, vote buying, acts of intimidation against voters and INEC officials, manipulation of results and figures and indiscriminate and allocation of votes.”

Senator Sani added, “We have also seen the decapitation of very principles and ethics of credible elections by those in position of authority.

“We expected this elections to be credible, better than 2015, but we have seen how in some cases, INEC Officials were used to temper with results and mandate of the people, and how solders were used to intimidate and attack voters and policemen were also used back thugs and thuggery in many of the States.

“And also, we have seen how the phenomenon of inconclusive elections have become so confusing and contradictory.

“So, as far as I am concerned, I can say that if President Buhari is planning to leave a legacy of credible elections, this cannot be a good legacy for all that we have gone through.”

Sani argued, “The lot of people that have died, the number of mandates that have been stollen, and the way the voting process was discredited are all issues we need to take into consideration to determine if we are really growing our democracy or retarding it.”

He said that a situation where political leaders buy themselves into public offices or use violence and intimidation to force themselves back to power would not augur well for the nation.

He stressed, “One of the cardinal pillars of democracy is the ability of the citizens to elect their leaders freely, but when the process is destroyed, undermined and decimated, then the legitimacy of people who are going to occupy public offices will be seriously questioned and this is where we find ourselves today.

“You cannot use violence and public resources to get your self into office and now claim any form of credibility. And I am saying it clearly that as long as leaders will perpetrate injustice, undermine the basic principles of democratic elections and rig themselves into power, they have lost the moral right to call for statesmanship or sportsmanship. You cannot rig elections and destroy the foundation of democracy and demand public order among the people.”