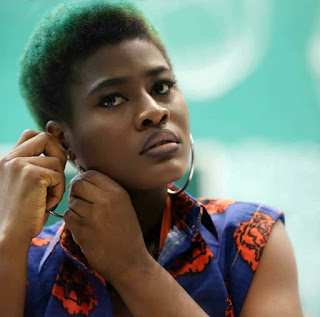 When it was revealed on social media that a former Big Brother Naija contestant, Alexandra Amuche, aka Alex Unusual, rejected a gift of a 2018 Range Rover SUV on her birthday last month, it was hard to believe.

However, in a chat with Sunday Scoop, Alex said it was true she rejected the car gift. She stated, “I rejected the first car I received on my birthday. For me, it was not just about the gift but where it was coming from. The second car given to me was from love. Responsible fans put their money together to get me the car, while the former was from someone who liked me. It is okay to like me but I didn’t feel it was right to collect a car from an admirer. He could decide to collect the car from me anytime he felt like. If I collected the car and I told him I didn’t want a relationship later, what would happen?”

The reality show finalist said she was aware that many ladies would jump at the offer but she didn’t regret her decision. Alex said, “The man felt I was too proud when I rejected the car gift. But I am not a proud lady. I know many girls will take the vehicle; it was a 2018 Range Rover (for crying out loud). But I am Alex Unusual; I am not the type who can be wooed with material things.”


Also, she said her mother wasn’t surprised when she rejected the vehicle. According to her, it was not the first time she would reject a car or something huge. Alex added, “I have rejected money and material things many times. The car gift was just one of them.

“This year’s birthday celebration was amazing and I am happy I am growing. All my birthdays are always filled with so much love but a night before my birthday, I cried a lot. I had a quarrel with my mother, manager, camera guy and stylist.”