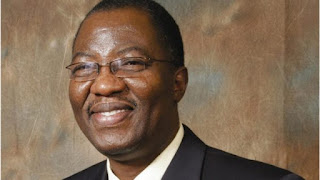 The former governor of Ogun State, Otunba Gbenga Daniel, yesterday said he quit partisan politics to get involved “in some other vocations and take on some new challenges.”

Daniel conveyed this in a letter addressed to the National Chairman of the Peoples Democratic Party (PDP), Uche Secondus.

The letter, which was sent to newsmen on Sunday by the former governor’s media aide, Steve Oliyide, indicated that Daniel’s resignation takes effect from March 14.

Daniel served as the Deputy Chairman of the PDP Presidential Campaign Council (South) in the just concluded presidential election.

It would be recalled that Daniel directed his supporters to vote for the All Progressives Congress (APC) gubernatorial candidate, Dapo Abiodun, in last Saturday’s election, wherein Abiodun emerged winner.

Away from partisan politics, Daniel said he would rejuvenate his charity based organization, the Gateway Front Foundation (GFF) “to dispense succour to our people in need, address and assist in the areas of some of their health challenges.”

He added that “I also plan on resuscitation of the non-partisan Political Leadership Academy (POLA) which I established some years ago as a platform of political education to our citizens.”

Daniel said “I must say that looking back, I do not have any regrets over that patriotic choice and decision, especially as several of our citizens, leaders and stakeholders in the state and outside have commended that singular action. Many stakeholders within and outside Ogun State feel fulfilled, excited and grateful about our decision to join others in putting a stop to a regime that was believed to be against the collective and general welfare of our people.

“Let me also add that in the last few months, I have had one of the rare privileges of travelling around the length and breadth of our great country on at least two occasions; the first being during my campaigns to become the National Chairman of our great party, and later as the Director General of the Atiku Presidential Campaign Organization (APCO).