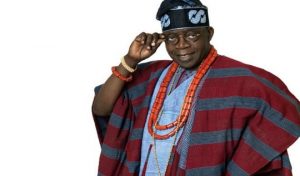 Plateau State Governor, Simon Lalong, has described the National Leader of the All Progressives Congress (APC), Sen. Ahmed Bola Tinubu as a dogged and uncompromising fighter for democracy and justice.

Governor Lalong stated that Tinubu’s impact has culminated in his becoming the indisputable architect and icon of contemporary Nigerian politics and a mentor to countless politicians today.

The Governor stated this in a statement issued on Thursday in Jos and signed by his spokesman, Mark Longyen to felicitate with Tinubu on his 67th birthday anniversary scheduled for Friday.

The statement noted that over the years, the APC chieftain’s service to the nation has become a source of pride to those who know him stressing that, “Your political partnership particularly with President Muhammadu Buhari, has succeeded in bringing Nigeria out of the woods of economic woes. This has no doubt moved Nigeria to the next level and has made her a respectable country of preferred destination in the international community.”

“My dear Asiwaju of Lagos, the Jagaban of Borgu, the Lion of Bourdillon, and National Leader of our great party, you have over the years carved a niche for yourself as a dogged and uncompromising fighter for democracy, justice, honesty, fairness, equity and equality. This has deservedly culminated in your becoming the indisputable, indefatigable architect and icon of contemporary Nigerian politics and a mentor to countless politicians today,” it reads.