The Lagos election violence was a tribal war- Skuki Peeshaun 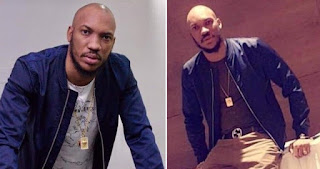 One half of singing collective, Skuki, Peeshaun has just expressed his opinion on the recent violence witnessed in some areas in Lagos during the presidential elections describing it as ‘more of a tribal war than a political battle’.

The singer took to Twitter expressing his thoughts. He said: ”This is not a political post or a tribalistic one. It’s an awareness post, so you know the motivation that the political thugs are being fed with”

According to him: ”The violence we saw in LAGOS during the presidential elections was more of a TRIBAL WAR than a POLITICAL BATTLE. Pls, read on… Do you guys remember in 2015, when the Eze-Ndigbos (Igbo elders) paid a courtesy visit to the Oba of Lagos?

“There were insinuations from the Igbo elders that the person they wanted for Lagos governor was PDP’s Jimi Agbaje The Oba of Lagos did not like the vibes he was getting and urged the Igbo elders to support his own candidate, which was APC’s Ambode.

“That was the time the Oba of Lagos said any Igbo person who doesn’t support a peaceful and united Lagos would be thrown into the Lagos lagoon Fast forward to 2019, this GROWING CONFLICT has surfaced again

“Lagos is the fastest growing among the 36 Nigerian states A lot of Igbos are settled here (Lagos) and they wish to hold higher significant positions in this booming state.

“Yoruba cultural leaders fear that, if care is not taken, the Igbos would break all cultural barriers and eventually snatch Lagos state from the Yorubas and install only their brothers into powerful positions in the state”.

It was gathered that Femi Fani-Kayode, a former minister of Aviation reacted to the crisis going on between the Yorubas and the Igbos living and doing business in Lagos State.

Fani Kayode on his Twitter described those terrorizing Igbos as ‘murderous scum’.

On his Twitter page, he wrote: “The murderous scum that is terrorising the Igbo in Lagos shall reap the wind they have sown. They are no better than the Fulani terrorists that kill non-Fulanis in the north.