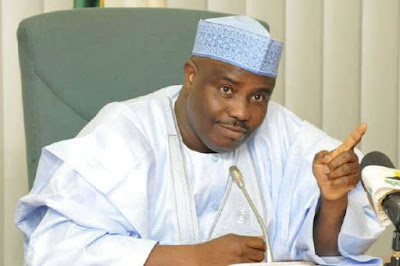 The governorship candidate of the All Progressives Congress, Ahmed Aliyu, and Senator Aliyu Wamakko, on Sunday congratulated Governor Aminu Tambuwal for emerging winner of the just concluded supplementary poll in the State.

Their congratulatory message was contained in a tweet by the official Twitter handle of the Sokoto State Government House.

The candidate of the Peoples Democratic Party, PDP, in Sokoto State, Governor Aminu Tambuwal, was declared winner of the governorship election in the state.

Tambuwal won with a slim margin, after collation of results from 22 Local Governments Areas (LGAs), where supplementary election took place.