See the statistics as Liverpool battle Tottenham at Anfield today 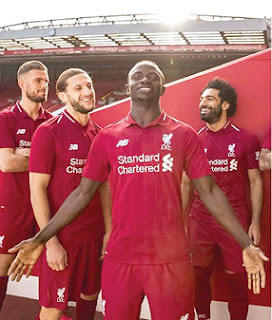 High flying Liverpool and Tottenham will be locking horns at Anfield later today in one of the Premier League fixtures.

Liverpool are second on the log while Spur are third with a 15-point gap between them.

Here are the Opta facts ahead of the clash:

* Spurs are winless in their last four Premier League games (D1 L3). They last went five without a win in the same campaign back in February-March 2012 under Harry Redknapp.

* Tottenham’s Harry Kane has been involved in four goals in four Premier League appearances against Liverpool at Anfield (3 goals, 1 assist).

* Spurs boss Mauricio Pochettino has never won against Jurgen Klopp at Anfield in four meetings in all competitions (W0 D2 L2). His only victory away against Liverpool was as Southampton manager in September 2013 when the Reds were managed by Brendan Rodgers.

* No player has scored more Premier League goals in 2019 than Liverpool’s Sadio Mane (9, level with Sergio Aguero), with the Senegalese star’s nine goals coming in his last nine games.

* After a run that saw him score 11 goals in 12 games in all competitions between December and February, Son Heung-min has failed to score in his last five appearances for Spurs.