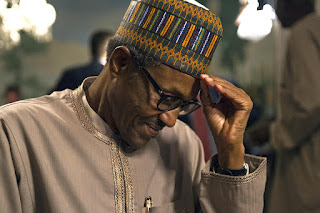 The number of political parties, challenging the outcome of the last presidential election has risen to four, with three more depositing their petitions before the Presidential Election Tribunal in Abuja.

Besides the one filed on March 18 this year by the People’s Democratic Party (PDP) and its candidate in the election, Atiku Abubakar, three other parties have also filed.

There is the one filed by Hope Democratic Party (HDP) and Ambrose the party’s presidential candidate. The petition, marked: CA/PEPC/001/2019 was filed on March 7 this year, before that of the PDP and Atiku, marked: CA/PEPC/002/2019.

The third marked: CA/PEPC/003/2019was filed by the Coalition for Change (C4C) and Geff Ojinika, the party’s presidential candidate.

The core contention of the authors of the third petition is that the election, held on February 23 this year, “was vitiated by substantial non-compliance with mandatory statutory provisions, which irregularity substantially affected the election, such that the 1st respondent (Buhari) was not entitled to be returned as the winner of the presidential election.”

The fourth petition marked: CA/PEPC/004/2019, was filed on March 19 this year by the People’s Democratic Movement (PDM) and Pastor Aminchi Habu, the party’s presidential candidate.

At a pre-hearing session conducted on Wednesday, the tribunal acceded to the request by the People’s Democratic Democratic Party (PDP) and its candidate in the last presidential election, Atiku Abubakar for permission to serve their petition of President Muhammadu Buhari through his party, All Progressives Congress (APC).

PDP and Atiku, who, by their petition, are challenging Buhari’s victory at the election, applied for leave to effect service of the petition on the President on the grounds that they were having difficulty serving him.

The three-man tribunal, after listening to Chris Uche (SAN), who moved the ex-parte filed by the PDP and Atiku, granted them permission to serve through substituted means.

Justice Abdul Aboki, who led the panel, ordered that Buhari, who is listed as the second respondent to the petition, be served through any senior official or an officer of the APC at the party’s secretariat in Abuja.