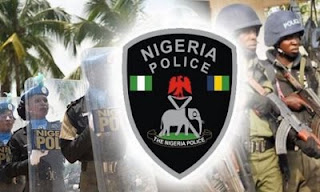 The Kano State Police Command has arrested two suspects, Kamalu Musa and another simply called Babangida, both residents of Shekar Maidaki Quarters Kano, for allegedly stabbing a man to death.

DSP Abdullahi Haruna, the Police Public Relations Officer (PPRO) in the state, disclosed this in a statement he issued to newsmen in Kano on Sunday.

He said the incident occurred on Feb. 27, while the victim, Adamu Bala who resided in Bubugaje Area of Shekar Maidaki Quarters Kano, was saying his prayers at a block industry.

”The suspects attacked and stabbed the victim to death with a knife,” the PPRO said.

Haruna said the command had commenced an investigation into the matter, adding that the suspect would be charged to court after the investigation.

He said the command also arrested one Salisu Muhammad of Yakasai Quarters Kano, for allegedly stabbing one Mujittafa Musa with a knife to death.

He said that the suspect had a misunderstanding with his friend, Musa while arguing on football and in the process, the suspect stabbed the victim on the chest with a knife.

Haruna said that the victim was also rushed to the Murtala Muhammad Specialist Hospital Kano, where he was confirmed dead.

He alleged that the same suspect used the said knife and stabbed one Suleiman Muhammad on his knee on the same day.

According to him, the victim was rushed to Muratala Muhammad Specialist Hospital Kano for treatment.

The police public relations officer noted that the suspect was arrested with the knife which was recovered.

The PPRO said an investigation into the matter was also ongoing while the suspect would be charged to court afterwards.