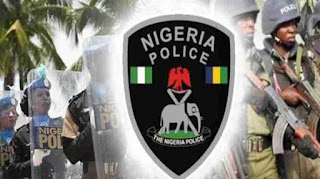 The Ebonyi State Police Command has confirmed the arrest of six of its officers over incompetence.


It said the police officers were arrested for not tackling the hoodlums that allegedly set fire to an Independent National Electoral Commission Registration Area Centre in the Ebonyi.


The hoodlums set the INEC RAC at Umuoghara, Ezza North Local Government Area of the state ablaze during the just - concluded governorship poll, destroying electoral materials and the primary school which housed the facility.


ASP Loveth Odah , the state Police Public Relations Officer told newsmen on Tuesday in Abakaliki that the affected officers were supposed to guard the facility


“We were not only appalled that the officers who were supposed to guard the facility didn ’ t do so but that they did not offer any form of resistance to the hoodlums.

“ We didn't hear them shoot, wound or arrest any of the hoodlums and for such act to be perpetuated without resistance from our officers is unacceptable.


“ The Nigerian Police is a highly disciplined , effective organisation and its officers should be ready to deliver optimum results at all times , ” she said .


The PPRO said that the command had interrogated the affected officers in the spirit of fair hearing which was one of its core values.


“ They explained that the hoodlums switched - off the generator which supplied power to the RAC as electricity supply to the area could not be guaranteed.


“ The situation, according to them, threw the entire area into darkness and they did not want to shoot to avoid harming unintended targets ( innocent citizens ).


“ We are still not satisfied with their explanations because of the negative effects of the dastardly act on the electoral process in the area , ” she said.


She said the command was expecting a report from INEC over the incident as it would determine its next line of action.


“ The INEC report will confirm whether the hoodlums tampered with the generator to cause darkness in the area or not and such will guide us appropriately in our next action.


“ I appeal to the residents not to see elections as a do - or - die affair as pupils of the affected school reported the following Monday only to discover that they no longer had classrooms , ” she said.