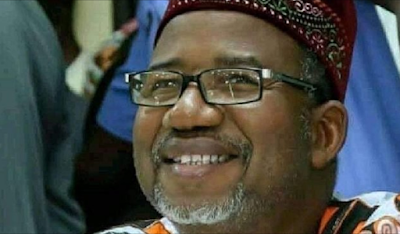 The governorship candidate of the Peoples Democratic Party (PDP) in Bauchi State, Bala Muhammed, has celebrated his victory as the “governor-elect in waiting”.

Mr Muhammed, a former senator and FCT minister, was on Sunday declared by the Independent National Electoral Commission (INEC) to have won the highest number of votes in the just concluded supplementary governorship election.

He polled over 6, 376 votes to beat the incumbent Bauchi state governor, Muhammed Abubakar of the APC, who polled 5, 117 votes.

The results of the supplementary election held in 36 polling units consolidated the leading margin of the PDP candidate who was earlier leading with 2,059 votes before INEC cancelled the entire votes from Tafawa Balewa local government over alleged mutilation of result sheet.

The cancelled Tafawa Balewa local government polls was earlier slated for Saturday’s supplementary polls before INEC later reversed its decision to continue collation and declaration of the result, after Mr Abubakar went to court to block the process.

However, having emerged victorious in the supplementary polls, Mr Muhammed said he was as good as the governor-elect as the rerun had consolidated his winning chances more than ever before.

He said the outcome of the Tafawa Balewa litigation may no longer affect his victory.

Addressing a press conference in Bauchi, Mr Muhammed thanked the people of the state for standing by him.

Mr. Muhammed promised to run an all inclusive government which he said will “silence the doubting Thomases.”

“The collation of the runoff election that has just been concluded by the INEC is a work of God and we all owe it to Him, the beneficient, the merciful.

We also owe it to the people of Bauchi who have also stood very firm on the threshold of freedom and liberty; who have realised that they are the icons of democracy.

“We want to appreciate the people of Bauchi and to call on them that this auspicious achievement deserves to be celebrated.

He urged his supporters and other well meaning citizens of Bauchi to go about celebrating the new found victory “with peace and gratitude to God almighty.”

“There shouldn’t be any destruction of property or letting of blood. We must take care that we are the sons and daughters of Bauchi and we are here to usher in the peace and tranquillity, harmony and good relationship between each other.

“We do not hold any acrimony or hatred against anybody; even those who did not vote for us should be free to join us in this celebration.

“For those who are doubting Thomases, we assure you that we will bring good governance that has never been seen in Bauchi before. As you can see the assemblage of the group that makes up our team; they are the best eleven of Bauchi state, made of distinguished senators, technocrats and civil servants, former secretaries to the government and in fact people who have achieved a lot in their various endeavours. We intend to have a unity administration.”

Mr Muhammed said he was not unmindful of the yet-to-be completed Bauchi governorship polls, but quickly argued that INEC cannot be running two supplementary elections in a single election.

“We are aware that the collation is not concluded; but this is just a fate accomplice, because we have won the runoff election and all the elections that have been warehoused have also been won and it is in the public portal. With that, I said there can’t be any runoff or supplementary elections in Bauchi state as far as the 2019 elections are concerned.

“This is because there is no where in the world where supplementary elections are held twice.

Mr Muhammed said despite all odds, he still believed that INEC can be trusted.

“We are going to proceed with the litigation and we know that it is something that is unconstitutional, because there can’t be a stoppage of a process of election that is a constitutional responsibility of INEC to conduct; it is just like stopping the National Assembly from having a session.

“We are law abiding and we are warriors in democracy and from here we are heading to Abuja by the grace of God to give an added impetus to INEC so that the exiting of this court order will be accelerated.”