No nation can grow on rigged elections —Peter Obi 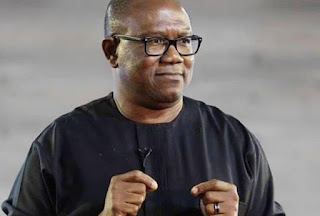 The vice presidential candidate of the Peoples Democratic Party in the February 23 , 2019 presidential election, Mr . Peter Obi , has said that no nation can grow on rigged elections.


He said that the process through which people come into office is far more important than what they do thereafter.


The process of election , he said , forms the basis of integrity of every politician.


The former governor of Anambra State said in a statement in Abuja on Sunday that election rigging “is the root of corruption, as it goes to impact negatively on the political and economic growth of the country. ”

Obi alleged that “ the fraud ” that characterised this year’ s election has greatly undermined the country’ s democracy and its future , saying it has also significantly damaged the ongoing fight against corruption and tainted the integrity of those behind the rigging.


He added that Nigeria cannot quantify the enormity of damage the electoral fraud had done to the psyche of the country.