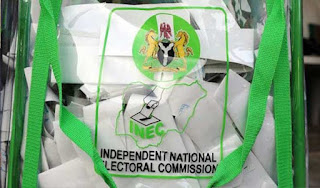 Dr Benson Olugbuo, Executive Director of the foundation disclosed this in a statement on Monday in Abuja.

He said it was disturbing that the elections were characterised by widespread violence and called for a concerted effort to stop the trend.

It was gathered that the foundation is one of accredited observes for the 2019 general elections.

Olugbuo, however, said that the elections, in spite of the violence, could be regarded as another important step in Nigeria’s experience with democracy.

“We must strive to get things right in subsequent elections because for our democracy to continue to grow and flourish we must conduct elections devoid of violence.

“We commend the majority of Nigerians that have demonstrated a commitment to the electoral process, by going out to vote and largely conducted themselves in a peaceful manner,’’ he said.

Olugbuo called on the federal and state governments, as well as security agencies, civil society organisations (CSO) and well-meaning Nigerians to think of measures that would ensure free, fair and violence-free elections in the country.

He said democratic elections would only thrive when the security of lives and properties as well as the safety of electorate, electoral officials, materials and national critical infrastructure are guaranteed.

He said Nigeria cannot afford to continue having violence featuring in its elections at all levels.

He said it was quite unfortunate that Rivers State, for example, has continued to experience violence in almost all elections in the country.

“Rivers State is only a sad example of what happens in other places during elections. The country as a whole needs to take a serious view of election violence with a view to bringing it to an end.

“We call upon the traditional and religious leaders, political leaders, business owners and professionals, civil society leaders and government to come together and find lasting solutions to violence that mar elections in that state,’’ he said.

Olugbuo posited that if politicians do not become desperate in their quest for power, the level of violence would be minimised greatly, adding that some politicians have turned a civil way of acquiring power into war.

“If politicians abide by the rules and respected the wish of the people to freely and peacefully choose their representatives, the level of violence in the elections will be curtailed.

“It is time that political parties and politicians commit themselves to peaceful participation in elections beyond the ceremony of key contestants signing peace accords,’’ he said.

He expressed sadness that the unhealthy culture of electoral violence could hinder speedy development, adding that widespread insecurity in the country negatively affects general elections.