Nigerian government, security officials practised corruption with impunity in 2018 -US 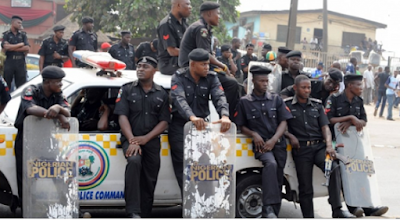 Government officials were enmeshed in widespread corruption in 2018 despite President Muhammadu Buhari’s anti-corruption crusade, according to a report by the United States Department of State.

The report, titled “Country Reports on Human Rights Practices for 2018″ also indicted the government and security agencies for disregard for human rights.

Nigeria was ranked 144 out of 180 countries in the Transparency International corruption perception index (CPI) for 2018, with a 27/100 score.

“Massive, widespread, and pervasive corruption affected all levels of government and the security services. The constitution provides immunity from civil and criminal prosecution for the president, vice president, governors, and deputy governors while in office. There were numerous reports of government corruption during the year,” the report read.

“Although the law provides criminal penalties for conviction of official corruption, the government did not implement the law effectively, and officials frequently engaged in corrupt practices with impunity.”

According to the report, while the government took steps to investigate some of the cases, it did not “adequately” prosecute offenders.

“There were several reports the government or its agents committed arbitrary and unlawful killings. The national police, army, and other security services used lethal and excessive force to disperse protesters and apprehend criminals and suspects and committed other extrajudicial killings.

“The government took steps to investigate alleged abuses but fewer steps to prosecute officials who committed violations, whether in the security forces or elsewhere in the government. Impunity remained widespread at all levels of government. The government did not adequately investigate or prosecute most of the major outstanding allegations of human rights violations by the security forces or the majority of cases of police or military extortion or other abuse of power.

“Authorities generally did not hold police, military, or other security force personnel accountable for the use of excessive or deadly force or for the deaths of persons in custody.

“Due to the inability of law enforcement agencies to control societal violence, the government continued to turn to the armed forces to address internal security concerns. The constitution authorizes the use of the military to “[s]uppress insurrection and act in aid of civil authorities to restore order.” Armed forces were part of continuing joint security operations in the Niger Delta, Middle Belt, and Northwest.”

On the state of detention centres across the nation, the report said the prisons remain largely overcrowded, while the inmates are tortured and and their rights violated.

According to the report, some of the inmates have remained in detention over loss of their case files by the authorities.

The report added that while the government did not interfere with the investigation and reportage of the abuses, it was quick to dismiss them without investigating them.