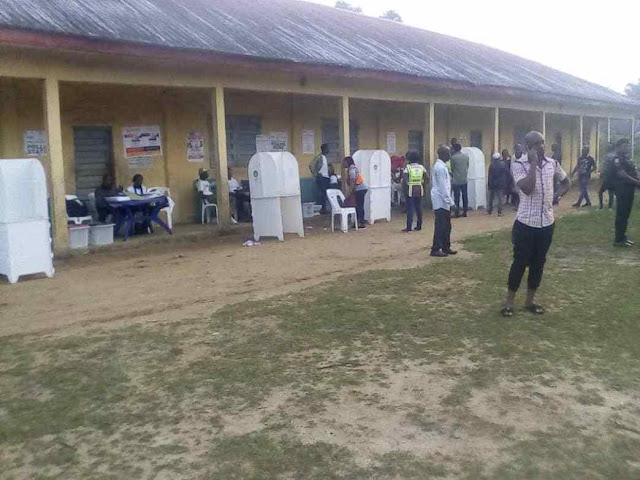 Following the development, the supervisory presiding officer appointed one Ebuka Orji to replace her.

The development came as many members of the National Youth Service Corps in the state refused to take part in Saturday’s elections. The corps members had been recruited and trained by the Independent National Electoral Commission (INEC) as ad-hoc electoral officers.

Imo State is one of the 29 states electing governors while all the 36 states are electing state lawmakers.


Many members of the corps members, who functioned as ad-hoc staff during the February 23 presidential and National Assembly elections in Imo State, refused to take part in the ongoing polls.

They cited the heightened tension in the state and their ugly experiences during the last elections two weeks ago for their refusal.

The spokesperson for INEC in the state, Emmanuella Opara, said she was unaware of the boycott of the exercise by corps members.

A Corps Liason Officer (CLO) in Obowo Local Government Area of the state, Akabunwa Kachi, said that about 15 corps members in his local government area who participated in the presidential election refused to take part in Saturday’s poll.

Ms Blessing’s action led to confusion among the ad-hoc staff assigned to the unit.