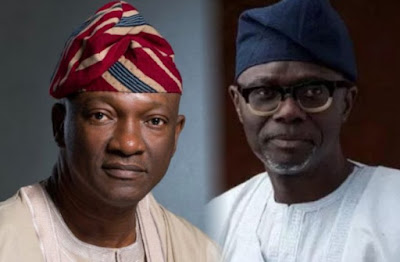 Twenty-nine state governors will be elected in Saturday's polls as campaigns for officially ended on Thursday.

According to the timetable released by INEC, the campaigns which started on December 1, 2018, would have ended on February 28 but for the postponement of the election from March 2 to March 9.

Seven states whose governors have yet to serve out their terms will not take part in the exercise.

But elections into the various seats in state Houses of Assembly will hold in the 36 states of the federation.

Although almost all registered political parties are taking part in the elections at the state level, the contest is a straight fight between the All Progressives Congress and the Peoples Democratic Party.

The states to look out for, however, include Ogun where the state governor, Ibikunle Amosun of the APC, is supporting the governorship candidate of the Allied People’s Movement, Adekunle Akinlade.

Akinlade will be slugging it out with the APC governorship candidate, Dapo Abiodun.

The PDP is in crisis in the state. While INEC recognises Buruji Kashamu as the party’s candidate based on court order, the national leadership of the party is backing Ladi Adebutu.

Similar scenario is playing out in Imo State where Governor Rochas Okorocha, though of the APC, is supporting the governorship candidate of Action Alliance, Uche Nwosu.

It is a straight contest among Nwosu; the candidate of the APC, Hope Uzodinma; and that of the PDP, Emeka Ihedioha.

Although the APC in the state had adopted the governorship candidate of Africa Action Congress, Awara Biokpomabo, for the election, it is yet to be seen if that can pose any serious challenge to Wike.

In Lagos State, the APC candidate, Babajide Sanwo-Olu; and PDP’s Jimi Agbaje, are the leading contestants.

In Oyo State, APC’s candidate, Adebayo Adelabu, has Seyi Makinde of the PDP as his main challenger.