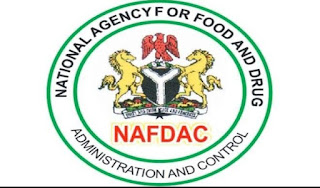 Officials of the National Agency for Food and Drug Administration Control (NAFDAC) have arrested one Goodluck Nwadike in Kano for storing falsified and substandard Tetanus Vaccines.

According to the agency’s Director-General, Prof. Moji Adeyeye, Nwadike was arrested at No. 2, Mallam Kato Market, Sabon Gari, Kano.

She said that the culprit was found with Tetanus vaccines like “Absorb Dano’’ and “IP”.

“Based on information received, NAFDAC officials stormed the shop and arrested the culprit on discovery of the drugs.

“The culprit confessed that he gets his supplies from Bridge Head Market, Onitsha, Anambra,’’ Adeyeye said in a statement.

It was gathered that the Kano State Commissioner of Police, Mr Wakil Muhammed, had earlier handed over intercepted fake Azithronmycin tablets and Ampiclox antibiotics caplets to the Kano NAFDAC Coordinator, Mr Shaba Mohammed.