My life is in danger, says Rivers AAC governorship candidate 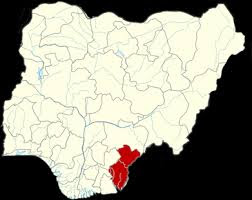 Barely one week to April 2 commencement of collation of results of March 9 Governorship and House of Assembly elections in Rivers State, governorship candidate of African Action Congress (AAC), Biokpomabo Awara, has alleged his life is in danger.

Yeeh, 67, an Ogoni, was on Monday afternoon received in Government House, Port Harcourt by Wike and other leaders of PDP.

The 38-year-old Awara, an engineer, in an interview with newsmen, expressed surprise over the resignation of his running mate.

Awara stated that gunmen were on the trail of him and members of his family.

According to him: “I saw my running mate’s resignation online. I have not received the resignation letter he claimed to have addressed to me. I do not know about Yeeh’s resignation.

“I have not received any resignation letter from my deputy. Christians the world over believe in fair play but Wike’s actions and reactions cast serious doubts on his sense of morality.

“Wike had earlier said the AAC was not a party to reckon with. It is shocking he could shamelessly use public funds meant for the development of Rivers State to shop for deputy governorship candidates of opposition parties.

“The same Rivers governor had earlier bought off the deputy governorship candidate of the Social Democratic Party (SDP) in Rivers State, despite existing provisions, which clearly show that deputies are part owners of joint tickets, who cannot be easily separated from their candidates, once they have appeared on the ballot.

“Despite the antics of Wike, Rivers people have obviously taken the position that the outgoing governor can no longer lead them.

“I won the March 9 governorship election. Whatever INEC plans to do, the Rivers people will resist attempts to steal their mandate.”