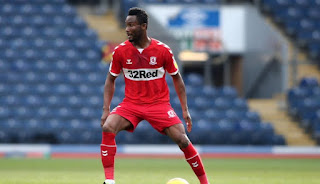 Middlesbrough manager Tony Pulis has revealed that the key to keeping Nigeria captain Mikel Obi at the club is to convince him that something big is happening at the club.

Mikel linked up with Middlesbrough on a short term deal in January after leaving Chinese side Tianjin Teda.

The former Chelsea star turned down overtures from a host of clubs, including Premier League side Crystal Palace, Wolfsburg and Roma, as well as Championship rivals Aston Villa.

Pulis states that Mikel, who is not motivated by money but wants a challenge and to be part of a project that excites him, may not stay with the club even if they secure promotion to the Premier League at the end of the season.

“I don’t think the key to keeping John is going up,” Pulis said.

“I think the key is to show him the potential the club has.

“I think the secret to keeping John at the end of the season is to convince him this is a club going in the right direction.”

Pulis added that he went full trottle alongside Middlesbrough’s goalkeeper coach Jonathan Gould to sell him the idea of being a key component in a fledgling team.

“It was a full day, non-stop, making sure he didn’t go anywhere else or talk to anyone or do anything except stay with me and Gouldy,” Pulis added.

“Me and John went down there, went to one of his houses and sat there with him, convinced him this was the ideal place and what he would need to get back to playing his best football.

“We told him the positives about the club, about our plans and how he could be part of something.”

A second meeting at Rockliffe and seeing the set-up and the area helped seal the deal.

“It is a lovely place for him to get his wife out of London, that helped,” continued Pulis. “To come up here and see the area helped.

“I think they have moved up to Durham now and are all settled. She can get out now with the children and see something different.

Since arriving at Middlesbrough Mikel has flourished on the pitch and made a massive impact behind the scenes, just as Pulis hoped.