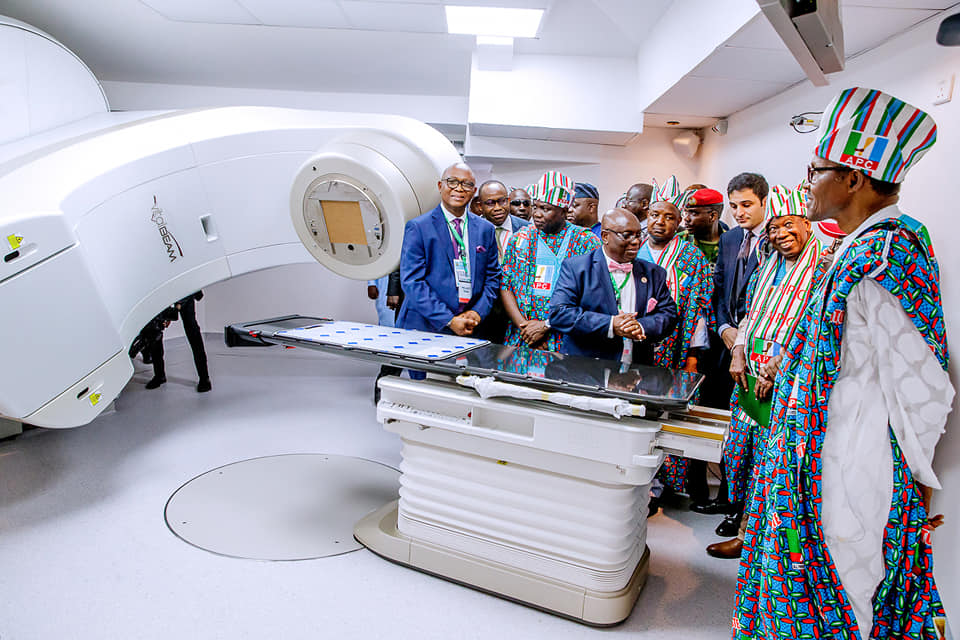 The president inaugurated the state-of-the-art centre on Saturday, February 9, with a pledge to ensure that facilities for the prevention, early diagnosis and treatment of cancer are available to more Nigerians.

When the facility was visited after two days after the launch, the doors were shut, while workers where outside putting finishing touches to some aspects of the building.

What the center looked like two days after inauguration

One of the officials who spoke to our reporter said the centre was not functional because staff had not been deployed there yet.

“The staff here have not resumed. They can’t begin operation for now. It might be after the election,” the official, who did not want to be named, said.

At the inauguration ceremony, the president announced that the model would be replicated across the country to bring quality, first-class healthcare services to cancer patients.

“Indeed, over the coming months, under our leadership, the NSIA will commission two Modern Medical Diagnostic Centres to be co-located in the Aminu Kano Teaching Hospital, Kano State and the Federal Medical Centre Umuahia, Abia State, respectively, bringing additional investment to Nigeria’s healthcare sector,” he had said.

“Our goal today is not simply to celebrate and applaud the culmination of months of hard work to achieve this objective. Neither is it solely to revel in the successful completion of the most modern and best-equipped Cancer treatment centre in West Africa.”

On a second visit to the facility on Tuesday, the building was locked. Only a guard manning the facility was seen.

In a telephone interview with TheCable, Kelechi Otuneme, LUTH spokesman, said he was not aware if the treatment centre had started functioning.

“The HOD is not around. He is the only person that can give you the information,” Otuneme said, promising to provide the HOD’s contact details.

Otuneme had not fulfilled the promise as of the time this report was filed.