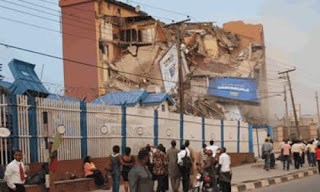 Some residents of Ita-faji have appealed to the Lagos State government to stop developers from constructing houses beyond three storeys.

The residents who spoke with our correspondent lament the high number of lives that have been lost to the collapse of such buildings in the past.

They also alleged that the collapsed building had been marked for demolition but government officials failed to carry out the demolition because the owner bribed them.

“The owners always boast they have people in government that they can bribe to overlook the proposed demolition of the building” one of the residents alleged.