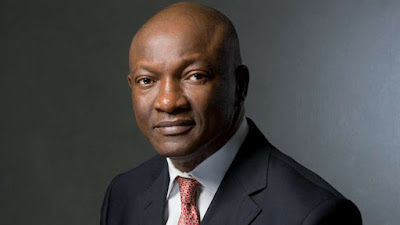 The Peoples Democratic Party governorship candidate in Lagos State, Jimi Agbaje, on Saturday won the governorship election in his unit, but lost the state Assembly election.

The PDP won the governorship election with 79 votes to beat the All Progressives Congress which polled 63.

The PDP, however, lost the Hoses of Assembly election with 66 against the APC’s 73.

For the House of Assembly election at the polling unit, the PDP scored 21, while APC scored 88.

Earlier in the day, at about 11.07am, when she arrived at the polling unit, in company with her husband, Mr Tunde Busari (SAN), the card reader failed to recognise their cards.

Our correspondent observed that they had to dovote manually.

Earlier, Agbaje, had expressed concern about the low turnout of voters in the governorship and state House of Assembly elections in the state.

The News Agency of Nigeria reports that speaking with newsmen after voting at Polling unit 004, Ward A in Apapa, Agbaje said the development was not good for democracy.

Agbaje said residents did not turn out in their numbers because of security fears.

The PDP governorship candidate said the February 23 elections were characterised by violence in some parts of the state, hence voters did not want to experience same.

He said, “The low turnout should concern those who want to advance the cause of democracy.

“Citizens should be part of the democratic process. They must want their voice and votes to count.

“So, when you don’t have a good turnout, it could be as a result of what happened in the last election in terms of violence and ballot-snatching.

“But there are deeper issues. If people do not believe in the process, then they ask themselves, ‘Why bother?’

“We just must continue to appeal to them to continue to exercise their civic responsibility.”

He said a situation where some people were accredited manually while others were made to use card readers was not good for the credibility of the polls.

“I have no doubts about victory if we do not have violence, harassment, and ballot-snatching and the kind of intimidation that we had the last time,” he added.