Innoson to take over GTBank? Here’s what you should know 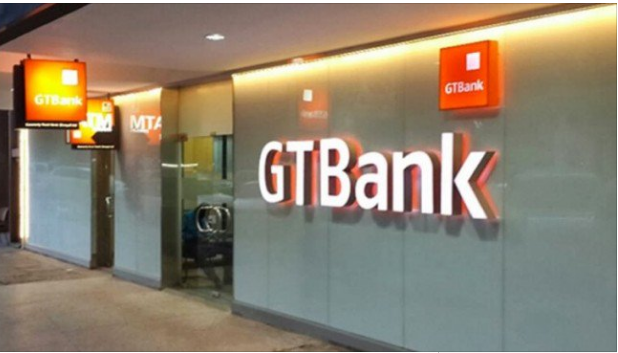 Innoson Vehicles Manufacturing, a Nigerian automobile company, has claimed that it has obtained a nod from court to take over Guaranty Trust Bank, one of the largest deposit money banks in the country.

In a statement first shared on its Twitter page on Friday, Innoson said the Supreme Court upheld the ruling earlier given at the federal high court in Ibadan.

The statement released by Cornel Osigwe, Innoson’s head of corporate communications read: “The Chairman of Innoson Group, Chief Dr Innocent Chukwuma, OFR has through a Writ of FiFa taken over Guaranty Trust Bank PLC for and on behalf of Innoson Nigeria Ltd as a result of the Bank’s indebtedness to Innoson Nigeria Ltd. In a landmark decision on February 27th 2019, the Supreme Court of Nigeria dismissed GTB’s appeal – SC. 694/2014- against the judgment of Court of Appeal, Ibadan Division.

“The Court of Appeal, Ibadan division had in its decision of 6th February 2014 dismissed GTB’s appeal against the Federal High Court, Ibadan Division.

“Thus, the Court of Appeal affirmed the judgment of the Federal High Court, Ibadan Division which ordered GTB by way of Garnishee order absolute – to pay N2.4 Billion to Innoson with a 22% interest, per annum, on the judgment sum until the final liquidation of the judgment debt.

“However in an ruling delivered by Honourable Olabode Rhodes-Vivour JSC on Wednesday, February 27th2019, the Lord Justices of the Supreme Court (JSC) dismissed GTB’s appeal and thus affirmed the concurrent judgment of both the Court of Appeal and the Federal High Court, Ibadan Division which ordered GTB by way of Garnishee order absolute – to pay N2.4 Billion to Innoson with a 22% interest, per annum, on the judgment until the final liquidation of the judgment.

“Having obtained the requisite leave, the Federal High Court issued the necessary process for levying execution – the Writ of Fifa.”

GT Bank: Judgement issued against Custom’s account, not us

In response to the judgement, Erhi Obebeduo, company secretary of the bank, said: “The attention of Guaranty Trust Bank Plc (“the Bank”} has been drawn to statements circulating in the news and social media in respect of a purported enforcement of a Judgment of the Federal High Court, Ibadan, Oyo State. at one of its branches in Anambra State.

“The Bank as a law-abiding corporate citizen is taking all necessary legal steps to address this situation and ensure that no illegal or fraudulent execution is carried out.

“It is important to state that the Judgment allegedly in issue is in respect of Garnishee Proceedings against the account of the Nigerian Customs Service Board domiciled with the Bank and not against the Bank as an entity.

“The Bank remains committed to providing best-in-class customer experience to all its valued Customers.”

What is a Writ of FiFa?

A Writ of Fieri Facias is a legal instrument issued after judgment and it is used to seize the assets of a judgment debtor till the debt in question is settled.

Usually, only the debtor’s property that can satisfy the judgment is held.

In the case of Guaranty Trust Bank, which has assets in trillions, only a portion of assets identified by the court would be held.

Will my deposits be affected?

No. Your deposits will not be affected as they have been insured by the Nigeria Deposit Insurance Company (NDIC) and every bank has a deposit with the Central Bank of Nigeria (CBN), which it can get in desperate times to stay afloat.

Guaranty Trust Bank boasts of a shareholders fund of N575 billion and announced an N215.59 billion profit before tax for the year ended December 2018.

This 8.8 billion debt accounts for four percent of the bank’s profit in 2018 hence the bank would have to make provision for this debt in its earnings.

This will most likely have a minute impact on the dividends to be declared by the bank at the end of the year.