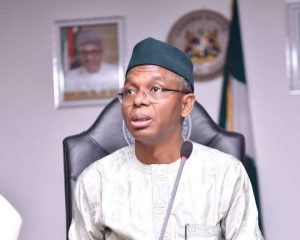 The Independent National Electoral Commission, INEC on Thursday presented certificate of return to the Kaduna State Governor Nasir El-Rufai and all 34 House of Assembly Members.

The event took place at the Commissions secretariat located at Unguwar Rimi GRA in the presence of INEC National Commissioner In-charge of Plateau, Niger, Abuja and Kaduna State, Professor Antonia Okoosi- Simbine and other top government officials in the state.

She said elections in Nigeria are improving and becoming more and more competitive looking at how the elections were conducted.

She also lamented on the level of violence witnessed in some states during the elections as she commended Kaduna residents for conducting peaceful polls.

“Let me congratulate ‎Ahmed Nasir El-Rufai the sitting governor of Kaduna state who is also the Governor-elect, I believe that your election is a referendum in which the people of the state passed a vote of confidence in you,” she said.

The INEC official also commended the lawmakers-elect from the 23 local government area of the state.

The INEC Resident Commissioner for Kaduna, Alhaji Abdullahi Adamu Kaugama presented certificates of returns to the lawmakers while professor Antonia presented to Governor El’rufai and his deputy Hadiza Balarabe Abubakar.