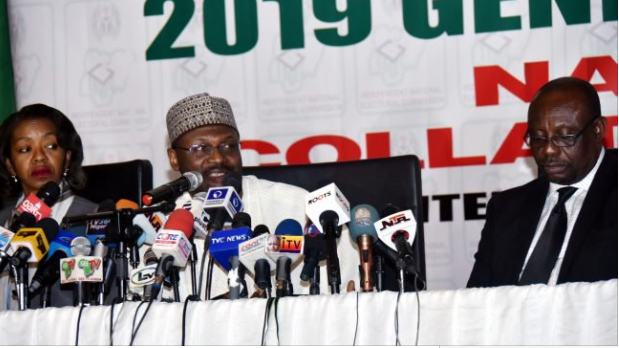 Bauchi was among the six states that the commission fixed supplementary poll for March 23, following the disruption of the collation of the March 9 governorship and state assembly elections.

But in a statement, the commission said it decided not to go ahead with another election in line with the recommendation of a  committee it set up to investigate issues with the election.

The commission said the collation process in the state will resume on Tuesday.

“The governorship and state assembly elections were held on the 9th March 2019 in Tafawa Balewa local government area and the votes scored by candidates were announced at the polling units and collated at the 11 registration areas of the local government,” he said.

“The Investigation Committee established that the result in Polling Units and Registration Areas are available and in safe custody.

“The Investigation Committee also established that the number of cancelled votes for the 4 Polling Units in Ningi Local Government Area which was recorded as 25,330 in form EC40G (1) was incorrect. The actual figure is 2,533.

“Consequently, the Commission has taken the following decisions: approved the resumption and conclusion of the collation of results of Tafawa Balewa Local Government Area in relation to the Governorship election as the duplicate and original Registration Area results are available. Approved the resumption, conclusion and announcement of the result of the Tafawa Balewa State Constituency.

He also said contrary to the record that the number of cancelled votes in four units in Ningi LGA stood at 25,330, it was discovered the actual number of votes cancelled was 2,533.

He also announced the appointment of a new collation/returning officer for Tafawa Balewa to conclude the process after the former person in charge “withdrew from the exercise citing threats to her life and those of her family members.”

Bala Mohammed, candidate of the Peoples Democratic Party (PDP) was leading as of the time the exercise was declared inconclusive.

He had polled 469,512 votes ahead of  Mohammed Abubakar, his All Progressives Congress (APC) rival who scored 465,453 votes.

Abubakar is the incumbent governor of the state.