I will like to meet my 'Sugar Daddy; - Ex-Big Brother housemate, Ifu Ennada 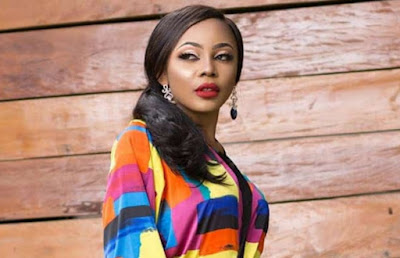 I am 26 years old and hail from Abia State but I was born in Lagos. My fondest childhood memories were of the times I got to really spend with my siblings. We were like little inventors who could make things from anything around us. My worst childhood memory was watching my younger brother die before my eyes. I was ten years old then and couldn’t do anything to save him. We didn’t have money to get him properly treated and sadly, he passed on.

I attended primary and secondary schools in Lagos. After a while, things became quite difficult and we couldn’t keep up; so, we had to move to the village. I had to enrol in some of the schools in the village. Eventually, I graduated with a Bachelor in Computer Science from the Olabisi Onabanjo University, Ago-Iwoye, Ogun State.

Before I got into the Big Brother Naija house, I was already an award-winning actress. It’s interesting that many people don’t even know that. I was a television producer and presenter, and I had a show on Africa Magic Urban. I was also a content creator and writer.

My friend, Stacy, pushed me to go for the auditions, and I think it was one of the best decisions I’ve made. I wanted to use the platform to increase my commercial value, gain popularity, start my business and keep moving. It would also have been nice to win the prize money, but I got enough from the show.

Before I went into the house, I was very broke, but my friend, Stacy, gave me money for my transport fare to the auditions.

After the competition, life has become more interesting and adventurous. It is more action-filled and a lot better. It also has its bad sides; there are many trolls. I never really understood what it meant to be trolled until I got into the limelight. It has been wild but I think I have had more positivity than negativity.

My parents are always there to support me. They are confident in the way they raised me; so, they have no reason to think I would bring shame to their names. They’ve always supported every decision I’ve made.

I don’t pay attention to unnecessary things. If it doesn’t add value to my life or brand, I just ignore it. I ignore a lot of hearsay because I prefer focusing my energy on positive and important things.

The popularity has given me a platform to reach the world. There are people who look out for the things I wear and try to get them for themselves. They also buy my products. They are the reasons I make the kind of money I do. They are my fans and followers. Without them, I don’t think I’m anything.

Another positive side is that I’m paid more for hosting and acting. Before, it was quite bad.

As regards the negative aspect, it’s mostly the cyber bullying. Sometimes, I just wonder why someone I may never have met wouldn’t like me.

I’m still very active in the movie industry. Since BBN ended, I’ve featured in about six movies. They include Hire a Woman (produced by Chinneylove Eze), and Mad About You (produced by Victor Okpala), among others. I’ve been getting good jobs and the money is much better than it used to be.

Also, I have hosted many events for corporate brands. I am currently shooting my television show which will be aired on DSTV. Finally, I’m growing my hair care brand and it has done quite well in the last nine months. I also plan on expanding my line to produce afro textured wigs and braiding hair. I want to launch a hair salon, an online store and a beauty academy.

I’m not sure I have role models. If you make someone the centre of your universe, whatever negative thing they do affects you. However, I have people who inspire me, though they change quite often. I could discover someone new and begin to learn about them, dropping someone else. Right now, one person inspiring me is my Los Angeles (USA)-based distributor, Chinecherem Eze.

I heard that a sugar daddy was the one setting up a store for me and financing my business. That’s preposterous! I’ll actually like to meet this sugar daddy because I don’t know him. The money I’m using to set up a shop is actually from the patronage of my supporters and followers. The first buyers of my products were my fans on Instagram and that’s how I have been able to grow.

I also heard that I was dating Kemen and we were in bed together. Again, it’s just lies.

I like researching and reading up on things I don’t know. I am also very interested in beauty – hair and skin. I also relax by sleeping.

I like to wear whatever I’m comfortable in, keeping it classy and cool. I also fancy sneakers and high heels.