I am a living legend- Kcee brags 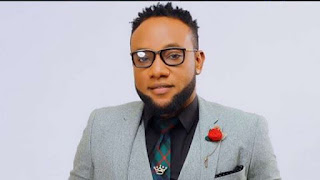 Limpopo crooner, Kcee has declared that he deserves to be called a living legend as a result of his contributions to the Nigerian music industry.

According to him: “Of course I am a living legend if you do not call me that, I would call myself that. I know how the journey has been; it has not been easy. It has been so tough, it has always been up and down but I have been able to move from one generation to another and I have also contributed my quota as an artiste in the industry, so I stand as a legend right now. For me to be in the business for close to two decades is not a joke,” the singer said.

The Afro-pop singer who just unveiled a new album titled ‘Eastern Conference’ opened up on the inspiration behind it.

“At every point in time, I try to re-invent myself and now I am trying to do something new from my angle, which is taking my music back to the roots and that is what my album, Eastern Conference, is about. I want to do more highlife music and see how we can make a sound global because it is a sweet and unique sound.

“I feel it is high time someone took charge to own the movement and take it global just the way we accepted makossa and reggae music. I want to use my years of experience in the industry and create a new movement for the upcoming artistes to see the need for us to promote our culture. It is original and those are the kinds of things people abroad want to see and that is my new direction right now,” he said.