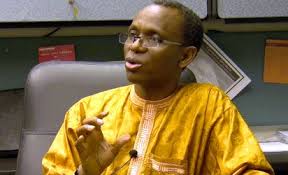 In yet another attack, Gunmen, on Saturday, killed 10 persons in Nandu -Gbok village in Sanga Local Government Area of Kaduna state.

Sanga is located in the southern part of the state and bothers Nasarawa state. It is also home to the deputy governor elect, Dr Hadiza Balarabe. In the latest attack which was confirmed by the member representing the area in the national assembly as well as the PDP deputy governorship candidate in the just concluded election, Marshal Katung, about 30 houses were also reported to have been burnt down by the bandits.


This attack marks an escalation in attacks on many communities in Kaduna South senatorial district, especially in Kajuru Local Government Area of the state where more than hundred lives have been lost in the last one week.

It was gathered that a large number of the assailants descended on Nandu -Gbok at about 4:00am on Saturday, armed with guns, machetes and sticks and started shooting sporadically on arrival to the community. “We were woken up by heavy gunshots.

There was confusion, everybody was running to the bush. They set houses ablaze. Ten people were killed, some people were burnt to death, many others were injured, some people are still missing” one villager told journalists on phone. Hon. Shehu Nicholas Garba, member of House of Representatives, representing Sanga/Jama’a federal constituency in the national assembly condemned the attack and called for urgent steps to protect the people.

“We woke up this morning to the sad news of an attack by gunmen on Nandu Gbok, a community in Sanga LGA of Kaduna State. “About 10 bodies have been recovered and about 30 Houses confirmed burnt down. “That the latest attack is coming while we are mourning and trying to deal with the devastating massacre wrought on the Adara People (in Kajuru LGA) has, once again, brought to the fore the plight of the indigenous people of Southern Kaduna” the law maker said in the statement. In his reaction, the deputy governorship candidate of the PDP in the recently concluded elections, Marshal Katung blamed the incessant killings in the area on government failure. He said “these attacks/Crisess are becoming one too many.

I am greatly disturbed at the scale and magnitude of destruction of lives and property that has been going on unabated with very little action by the Government. “When the crises broke out in Kajuru three weeks ago, we expressed sadness at the comments of our State Government, warning that it could trigger a circle of violence.

For as long as government does not treat it’s citizens with justice, equity and fairness, this unfortunate situation will continue. “Government should note that lives of our citizens, irrespective of demographic, ethnic or religious persuasion, should be sacred and should not be sacrificed on the alter of politics of deliberate exclusion.

The victims are beginning to ask: Do we still have a functional and responsive government? May God grant strength and fortitude to those that have lost loved ones.” As usual, the Kaduna state Police Public Relations officer, Yakubu Sabo Abubakar, did not respond to calls or messages sent to his phone to confirm the incident as at the time of filling this report.