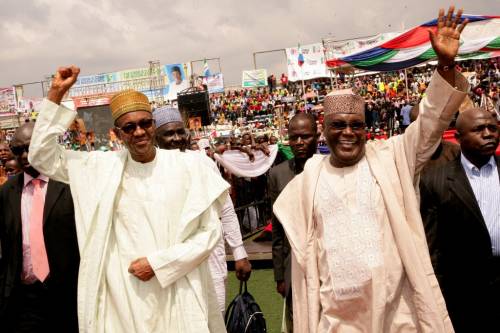 Former President of the Nigerian Bar Association, NBA, Chief Wole Olanipekun (SAN), will lead the legal team assembled by President Muhammadu Buhari and the All Progressives Congress, APC, to defend the President’s mandate in court.

A former Attorney-General of Ogun State and younger brother to the Vice-President, Akin Osinbajo (SAN), as well as the Spokesman for the Buhari Campaign Organisation, Mr. Festus Keyamo (SAN), are among the 18 senior advocates that will go head to head with former Vice-President Atiku Abubakar of the Peoples Democratic Party, PUNCH reports on Friday.

One of the senior advocates who spoke to the PUNCH on the condition of anonymity said this was the biggest and most deadly squad ever assembled for an election petition case.

He said, “The President and the APC will make the news official soon. But let me tell you without mincing words that this is the biggest and most deadly squad ever assembled for an election petition case.

“We are more than ready to face Atiku.”

The lead counsel, Olanipekun (SAN), was the one who led a team of lawyers in 2015 to defend Buhari when he was being sued for his failure to provide his WAEC certificate.

He also helped the national leader of the APC, Asiwaju Bola Tinubu, to escape a conviction when he was brought before the Code of Conduct Tribunal in 2011.

Olanipekun, who is a former President of the NBA has won numerous landmark cases in court.

He is also the lead counsel for the suspended Chief Justice of Nigeria, Justice Walter Onnoghen, who is standing trial before the CCT for alleged non-declaration of assets.