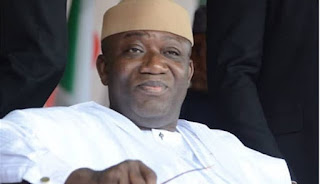 
A statement by the Chief Press Secretary to the Governor, Yinka Oyebode , in Ado Ekiti on Friday evening said the sack was with immediate effect.

Oyebode stated that “ according to the letter of termination of appointment signed by the Secretary to the State Government, Biodun Oyebanji , Mr Adegbite is to hand over government properties in his custody to the Permanent Secretary , Government House and Protocol ”.