Drama as senator-elect is disgraced, stripped for allegedly attempting to sleep with politician’s wife 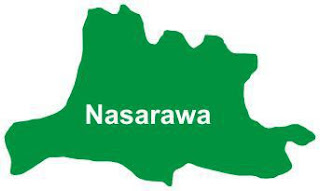 The Deputy Speaker of the Nasarawa State House of Assembly, Godiya Akwashiki, has been beaten and stripped naked by suspected hoodlums.

In a viral video, Akwashiki, who emerged senator-elect for the Nasarawa North Senatorial District, was seen tied with a rope by the gang.

There was blood in his mouth as he protested weakly while his assailants pummelled him.

It was learnt that the lawmaker was beaten at a private residence in the Maitama area of Abuja.

He was alleged to have attempted sleeping with the wife of a chieftain of the All Progressives Congress, Alhaji Danladi Envuluanza.


The lawmaker, who currently represents Eggon West in the state House of Assembly, however, denied trying to sleep with any politician’s wife, adding that he was stripped at gunpoint.

He also claimed that he was tricked to the venue of the incident, where he was beaten by the hoodlums.

The Commissioner of Police, Federal Capital Territory, Bala Ciroma, said the matter was under investigation.