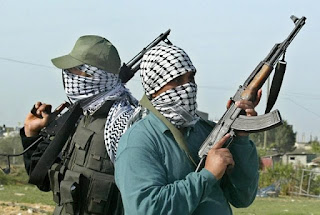 The Adara Community in Kajuru Local Government Area (LGA) of Kaduna state says it requires about N50 million to rebuild 545 houses destroyed by gunmen following a series of attacks.

The Chairman of the community Mr Mumini Madugu, disclosed this while speaking with the newsmen in Kaduna on Sunday.

He said the attacks left thousands of the Adara people homeless.

Madugu said the community came under attacks a few days after a statement from the Government House Kaduna on Feb. 15, alleging that a number of Fulani people including women and children have been killed by the locals.

He said series of attacks launched between Feb. 10 and March 11, left 148 people dead and 545 houses destroyed

“In all the attacks, 65 people were seriously injured and currently in hospitals receiving treatment, while about N28 million worth of grains and other foodstuff were also burnt.

“These attacks have displaced thousands of our people including 2,000 children who are currently taking shelter in eight camps across three LGAs of the state -Chikun, Kajuru and Kachia,” he said.

The chairman called on government at all levels and well-meaning Nigerians to come to their aid and help them rebuild their houses so they can return home.

One of the elders, Mr Usman Stingo that the area has a history of peaceful coexistence with settlers including the Hausa and Fulani people.

Stingo, a retired teacher particularly described the relationship between the Adara people and the Fulani as a symbiotic one dating far back to the days of their forefathers.

He, however, said that the relationship began to deteriorate in 2017 over a relationship between a Hausa boy and an Adara girl which led to a communal clash resulting in loss of lives and property.

“Also, on Oct. 18, 2018, another misunderstanding occurred at Kasuwan Magani and escalated into serious crises that claimed more than 100 lives.

“A day after that, the Chief of Adara was kidnapped and murdered. And since then, Kajuru LGA and the Adara people have always been on the news but for the wrong reasons,” he said.

The elder blamed the series of attacks in the community on the government’s inability to perform its duty of protecting lives and property.

“Hardly will anyone convince us that local Fulani in Kajuru are responsible for these attacks, because the accent of the attackers was completely different from that of the Fulani people who live with us.

“We do not believe that the Fulani that we lived with for ages can suddenly have a change of attitude and turned brutal.

“We are of the view that the attackers might have been hired mercenaries, but who hired them is a question we do not have answers to,” he said.

On how to restore the lost relationship, the elder stressed on the need for the Adara and Fulani elders to close ranks whenever something of this nature comes up and fish out the culprits.

“But leaving one group to go searching for who attacked only gives room for suspicions and mistrust which if not properly managed could escalate into a serious crisis with unimaginable consequences.

“The State Government must also ensure justice and fairness to all and be a government for all by particularly improving security in the state and bringing the assailants to book,” he said.