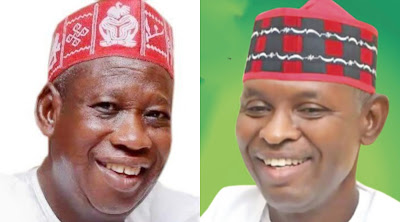 The Coalition of United Political Parties on Saturday called on the Independent National Electoral Commission to cancel the supplementary election held in Kano State.

It hinged its call on the claim that the exercise was characterised by bloodshed in the state. The coalition’s position was contained in a statement made available to journalists by its spokesman, Imo Ugochinyere.

Ugochinyere claimed that armed thugs hijacked the exercise in the state and unleashed violence on voters.

He said, “The Coalition of United Political Parties is calling for an immediate cancellation of the supplementary governorship election being held in Kano State.


“We are hinging our position on the massive bloodshed, violent activities of armed thugs and sporadic shooting of voters that have so far characterised the exercise.

“We are calling for an immediate halt of the exercise because what is ongoing in Kano State cannot be described as an election but a bloody vampire ceremony. “It is regrettable that the state had been taken over by armed thugs who are busy shooting voters in the name of election and killing anything standing on their way.

“These thugs armed with sophisticated weapons took over accreditation and voting and murdered party agents. “These shameful acts are physical manifestations of the body language of President Muhammadu Buhari and his party, the All Progressives Congress.

“The Independent National Electoral Commission must put an end to this unnecessary shedding of blood by putting an immediate end to the exercise.”