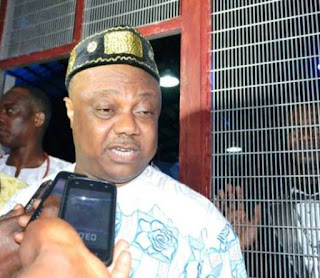 A Federal High Court sitting in Asaba on Monday voided the participation of Chief Great Ogboru as the All Progressive Congress (APC) candidate in the 2019 governorship election in Delta.

The court presided over by Justice Toyin Adegoke also sacked the Mr Jones Erue-led executive of the party in the state.

The court’s decision followed the case filed by the Chief Cyril Ogodo-led faction of the party, urging the court to recognise it as the authentic APC executive.

The Ogodo-led faction had also urged the court to sack the Erue-led executive which produced Chief Great Ogboru as the party’s governorship candidate.

The Ogodo faction fielded Emerhor for the Delta Central Senatorial District election and Niboro for the Ughelli North/South/Udu Federal Constituency seat in the House of Representatives.