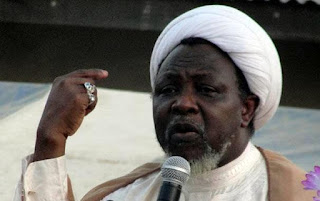 The High Court in Kaduna on Monday adjourned indefinitely, the trial of the leader of the Islamic Movement in Nigeria (IMN), Ibrahim El-Zakzaky and his wife, Zinat.

El-Zakzaky and wife, are standing trial over allegations of culpable homicide, unlawful assembly, and disruption of the public peace, among others.

The judge, Justice Gideon Kurada, adjourned indefinitely, following his appointment to serve as the judge in the Presidential and National Assembly Elections Petitions Tribunal in Yobe.

Speaking to newsmen shortly after the adjournment,  Femi Falana,  Senior Advocate of Nigeria (SAN) and lead counsel to the defendants said, aside the absence of the trial Judge, his Clients (El-Zakzaky and wife Zinat), were in dire need of medical attention, the reason they could not appear in court.

Falana said that his clients had not been given adequate medical care since Dec. 14, 2015, when they were detained.

“So the Court has adjourned Sine die, meaning indefinitely. My clients are yet to access any form of medical attention even after the court had ordered so.

“The Case had to be adjourned as both my clients need time to attend to their health,” Falana said.

The court had on Tuesday, Jan.  22, ordered the Kaduna State Government to avail the IMN leader and his wife Zinat, access to medical care.

The judge had on that date also accepted the withdrawal of charges against the third and fourth defendants, Yahya Yakubu and Sunusi Abdulqadir, who were standing trial alongside the IMN leader

Prosecution counsel, Dari Bayero had told newsmen after the proceedings that they had withdrawn the charges against the third and fourth defendants.

Bayero added that the court had asked the prosecution to amend its charges to conform with the new development.