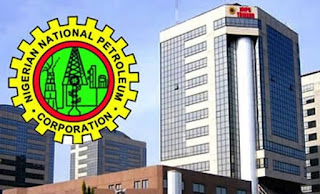 Some of the stakeholders including staff of the Nigerian National Petroleum Corporation (NNPC) told the newsmen in Abuja, on Friday that the sector would witness massive growth with the reelection of the president.

Mr Musa Danjuma, a staff of the NNPC said that there would be continuity with the happenings in the corporation and by extension the industry.

“I am happy that the president won this election; for us in NNPC, it would have been a disaster if he had lost.

“With him as the president, ongoing projects will continue and which will be a good lead in the industry.

“You know people have been apprehensive about investing in capital projects in the sector because of the election and with the proposal of the opposition party to sell the NNPC if they win.

“Right now, with President Buhari on board, most of them will invest and it will help to heat the ground running,” he said.

Danjuma Further said that the president should try and ensure speedy passage of the Petroleum Industry Bill (PIB).

This, he said, would help bring about change, growth and development in the sector.

Also, another staff who spoke on condition of anonymity told newsmen that the best has happened to the sector with the reelection of President Buhari.

“As the president, he was the Minister of Petroleum and there has been a great difference with the way things have been going on in the sector.

“His coming back will help to solidify the good things already existing in the sector.

” You can see that there is transparency in everything happening in the corporation right now.

“This is what Buhari signifies and that is what we want. I am happy that he has been reelected, “he said.

Also, another staff who wants to be identified as Benjamin said that with Buhari as the president, refinery rehabilitation, pipelines vandalism and other issues would be dealt with.

“He has promised to give NNPC all the support and I am sure he will do it and Nigerians will see results.

“His administration is keen with sustaining NNPC as National oil company which is very important than those who wants to sell to friends.

“Nigeria deserves a good leader like him,” he said.

Also, Mr Osagie Mustapha, an independent marketer said that there would be relative peace in the sector with the reelection of Buhari.

“I will want the president to ensure transparency in everything concerning the sector especially in payments of oil marketers their outstanding debts.

“He has done well in his first term but there is much that is expected of him like the refineries need to be operational,” he said

He also urged the president to provide level playing ground to bring investors to the sector.